skip to main | skip to sidebar

Happy Birthday to Kobayashi Mao, Amerie, Rob Zombie and Me!

Yes, it's silly, but I like my birthdate just the way it is. It's January 12th, by the way.

Nothing much happened on that day, by the way. No, nothing much at all. Though, the chocolate cake I baked turned into a cookie, and all the cheese over the pizza I baked had turned into a delicious-looking black. The Gundam Red Astray I bought myself about a week ago was considered birthday present enough (pics of it soon, I'm in school right now). I'm still expecting my first order of sangokushi taisen 2 cards from Japan (which I forked out a hefty $160 for), that'll be belated. I didn't go out or do anything, as I still needed to do the housework. I got a bit of free time to play Star Wars: Empire at War and Grenado Espada. I took the day off and didn't do any homework (which meant having to spend 12pm to 6pm on Sunday glued to my desk. Seriously, it's that much. JC's like that, I guess).

Now, compare my situation to those from other more significant bloggers out there. Darkmirage sure had a lot to say about his 2007 birthday, didn't he? No, I'm not jealous, I'm just making comparisons. I'm not your typical anime blogger who's got loads to spend on PVC figures (my Gundam costs only $34-something and it's hardly considered Revoltech material) and other related Akiba-ken items or spend a week in Japan, or who's got a proficient knowledge of Japanese, so he can rant (or boast) about the JPLTs he can take. I'm just your normal insignificant Singaporean Japan-lover who's trying to carve a niche for himself in the whatever industry you call this, in a slightly different way than others. For dislike of being called an Otaku I don't do things to the level other Akiba-ken people do, like buy 1/8 figurines, import doujinshi, embellish blogs and stuff (I've given up on AnimeBlogger for now, those sloths), and I don't plan to change that any time soon. What I do plan is to be different, to be special, to be unique. You may not see anything now, but I can assure you, sooner or later you will. That I can promise. That is all.

And no, I didn't blow any candles this year either.

I apologize if you don't like rants. I'll have to compensate for that.

And I'll just add in one pix here too, since I haven't done so in a pretty long time now. 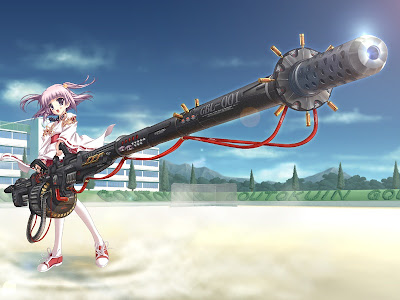 Yeah, it's been pretty long since I did a last blog post. Lotsa things have been going on that had been keeping me away from the computer, mostly the fact that my siblings are using the computer.

Spent the countdown at a friend's church. Yes, I still kinda disapprove of how modern youths sing praise songs (rock bands, jumping around), and I actually felt pretty awkward there. I highly doubt I'll be going there today. As I speak, I'm receiving at least 5 text messages from my 'new-found church friends' beckoning me to come back.

Back to school again, it's orientation. Lotsa running around, cheering and stuff. the usual stuff. I'll spare the details, but just to let you know I spent the weekend with sunburnt arms and neck, aching sores and an unsightly bruise on my right thigh. But I think life in a JC's gonna be pretty good for me. I feel much more comfortable here now, and less nervous. The JC life promises more freedom and liberty to do your own stuff, but that also means you gotta do your own stuff. Hope I'm ready for it.

I'm typing this from a computer at the school library, so I have no pictures for now. Hope you all had a good new year.

About Me (Also falls under Useless Knowledge)

Joshua's A picture a week